Go Back to the List June 02, 2021
Unis say vaccination must but long gap, no doses back home worry international students

As several foreign universities make vaccination compulsory for all incoming students, those from India face a host of problems -- low availability, which jab to take and the gap between doses.

For civil servant Kumar Vivek, getting a postgraduate degree from an Ivy League college is a dream come true. He has received an offer to study Masters of Public Administration at the prestigious Columbia University in New York and hopes to begin college from September 2021.

But before he can step foot on foreign soil, one more hurdle has been added to the mammoth task of moving across the world -- his university has mandated that all students arriving on campus must be vaccinated against Covid-19 before classes begin.

As the world grapples with glaring vaccine inequity in face of the Covid-19 pandemic, India, which faces a significant challenge in vaccinating the world's second-largest population, is beset by a crippling shortage of vaccines.

This has left thousands of international students from India, hoping to receive education from some of the world's topmost universities, with some tough decisions to make in the coming months.

VACCINE OPTIONS LEAVE STUDENTS BETWEEN A ROCK AND A HARD PLACE

Foreign universities that have made vaccination compulsory say that they will recognise immunisations done using WHO-approved vaccines. So far more than 360 public and private colleges and universities in the US (a top destination for Indian students) require students to get a Covid vaccine before joining classes. While major schools in UK, Canada and Australia are yet to demand students be vaccinated, they are unlikely to accept non-WHO approved jabs.

India has currently approved three vaccines for its immunisation drive against Covid-19 -- Serum Institute-manufactured Covishield, Bharat Biotech's Covaxin and Russia's Sputnik V. While all three require two doses, the gap between two doses of Covishield has been extended to 84 days instead of 28 days in case of the other two.

Moreover, only Covishield has been approved for emergency use by the World Health Organisation (WHO).

Already scrambling to find elusive CoWin slots before leaving, Indian students now face a bigger dilemma -- get both doses of Covaxin/Sputnik V if available and then get re-vaccinated abroad or choose Covishield but possibly miss out on dose 2 due to the 12-week gap as most colleges begin classes in August end. This leads to another fear -- is it safe to mix vaccines? Very little data on the subject makes the situation more precarious.

Speaking about this, Kumar Vivek says, "Since the university has mandated that we take the WHO-approved vaccines, it makes the situation tricky for admitted students. Candidates can take Covishield (WHO approved) but since there is an acute shortage, most are not getting the slots to get jabbed. Even if they do now, they won’t be able to get the second shot before reaching the US because of the mandatory 12-week gap between the shots. One can’t even take Covaxin as the same is yet to be approved by WHO. The only viable option left is for students to get both the shots in the US. However, if someone decides to get vaccinated in the US they will be putting himself at risk of infection without the vaccines for three straight months."

"Most of the students are already uncertain about travelling to the US as currently, visa interview slots are highly limited. The vaccine dilemma has only exacerbated the problem adding to their stress levels," he adds.

According to a survey conducted by a foreign education consultancy firm, India has a seen a staggering 94 per cent rise in students wishing to study abroad this year.

As many as 71 per cent of students believe that foreign countries such as the UK, the US, and Canada have better access to early vaccinations, healthcare infrastructure and air quality.

With India being the world's second-largest source of international students and more than 8 lakh Indians heading abroad for education, a push is being made for urgent vaccination of this group.

These state governments have also urged the Centre to reduce the gap between two doses to enable students to get immunised as soon as possible.

Reflecting on the move, a masters student from Mumbai who is headed for the US told Indiatoday.in, "Booking slots on CoWin has been the biggest hassle I have faced. I have been looking for slots ever since vaccination for the 18+ age group opened. Mumbai has opened priority vaccination for international students and it is a welcome move. International students represent India when we go out, so this move will send the right signal."

The classification as a priority group is also a bittersweet moment for many international students.

"I would not have minded waiting for vaccination had the 12-week gap for Covishield not existed," said one student.

"Personally, I don’t think that is a good idea. I mean there are other priority groups who need the vaccines more than the students. However, keeping in mind that last year about 25,000 students were granted a visa to study in the US, the number of students prioritized in terms of percentage of the total population eligible for the vaccine is very low," said Kumar Vivek.

Juhi Bhandari from Jodhpur, who has received offers from top universities from the US and the UK for undergraduate studies, said, "It sounds selfish but I am glad that students are being treated as a priority group." She added that a shortage of visa slots at consulates near her left her with no option but to travel to Hyderabad or Chennai for appointments -- a choice difficult to make in the current pandemic situation without vaccination.

Aditya Makhija, a Class 12 student from Delhi, headed to Canada's McGill University agreed that the special vaccination drive would help students who were already plagued with other worries including the status of Board examination, visas as well as lockdown rules.

Meanwhile, the Delhi High Court has directed the Centre to decide "as early as possible" a representation by an NGO for priority in Covid vaccination to NRIs and students who have to go abroad for studies.

It remains to be seen if other states will also designate international students as a priority group or if the Centre will change its policy on the vaccine gap. 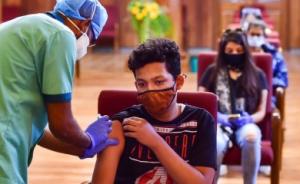 Read More
Written by Nishtha Gupta,
Source link: https://www.indiatoday.in/india/story/unis-say-vaccination-must-but-long-gap-no-doses-back-home-worry-international-students-1809914-2021-06-02
Previous Next
Upnext in
Disclaimer UniAgents does not author any news or content in this section. We aggregate News Headlines, Summary, and Content from over 700 sources, explicitly listed in every article/page. Users can visit the sources for full articles and more local news. The sole aim is to aggregate education news from around the world so they can be categorised and the user can have a personalised experience. In some cases, the original article has news in native language but listing on UniAgents for each article is done in English. There are no copyright infringements, as we do not claim to produce any content mentioned on this page, all relevant sources are mentioned. For any clarifications, do not hesitate to contact us.