Go Back to the List September 20, 2018
France Bans Smartphones in Schools Through 9th Grade. Will It Help Students?

PARIS — The eighth-grade girls already know what to expect from France’s new smartphone ban in all primary and middle schools because their school voluntarily instituted one last year.

“Annoying,” was the assessment of Zoélinh Masson, 12, as her friend Grace Blahourou, 13, agreed.
Still, they said that with no smartphones, students did talk to one another more.

France’s education ministry hopes that its smartphone ban, which took effect at the beginning of September and applies to students from first through ninth grades, will get schoolchildren to pay more attention in class and interact more, and several studies suggest such correlations.
Some experts are skeptical that the ban can be enforced, and some teachers question the merits of insulating children from the internet-dominated world they will face outside school. But the French government believes that without minimizing distractions, children will never learn the basics.

If we want to prepare children in the 21st century, we must give them the tools of modernity: mastery of math, of general culture, the ability to flourish in social relationships, a capacity to discuss with others, to understand and respect others and then very strong digital skills,” said Education Minister Jean-Michel Blanquer.

“It’s a message we send to society: Do not always be on your phones.”

The smartphone ban expands on a current law that applied only to junior high grades and forbade the use of smartphones during class. The new law includes lower grades and will also apply to the entire school grounds, including the schoolyard. The only exception is when smartphones’ use is assigned by a teacher.

Around 93 percent of French children ages 12 to 17 have mobile phones, and an estimated 86 percent in that age group have models that support apps, according to French government and research institute data from 2016 and 2017.

The problems with smartphone use are well known. Students’ insecurity can rise as they constantly worry about keeping up with “likes” and “shares” on social media. Teachers worry about cyberbullying and abusive practical jokes like photographing classmates from under the bathroom door and then posting the images online

David Scellier, who teaches French language and literature at a school in a Paris suburb, said that he doubted the law would be an effective “answer to the addiction problem,” and that responsibility was being put in the wrong place.
“Who buys the phones for the children?” he said. “Who doesn’t give them a framework and set limits on using them? Parents. But everyone blames the school, which is very typical in France: School should be responsible for all the children’s problems.”

However, he acknowledged that phones were a top concern of the young teachers he trains, who inevitably ask how to deal with smartphone use in class. “Most of them think that they will be more protected with the law,” he said. “Let’s wait and see. But I doubt it.”

For sociologists and scientists in France who study attention spans and the digital culture, removing smartphones from school makes sense even if it does not fully address the difficulty of managing the siren call of social networks.

“It’s a culture of presentism,” Monique Dagnaud, a researcher at the government-run National Center for Scientific Research, said of social media. “It creates a rapport with the world that is very immediate, very visual, fun.”
“The culture of the internet is of immediate pleasure,” she added — the inverse of school, which is about delayed gratification.
Smartphone use sets off the production of dopamine — “the same system that is implicated in addictions and drugs,” said Jean-Philippe Lachaux, a neuroscientist at the National Institute for Health and Medical Research.
“The problem with the telephone is that it reduces all sensation to what you see and the body disappears,” he said. “The world is very much reduced.”
That makes the smartphone ban all the more important, he said, so that children “open up to the rest of the world” for at least a few hours a day. 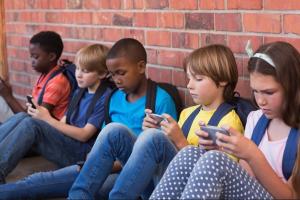 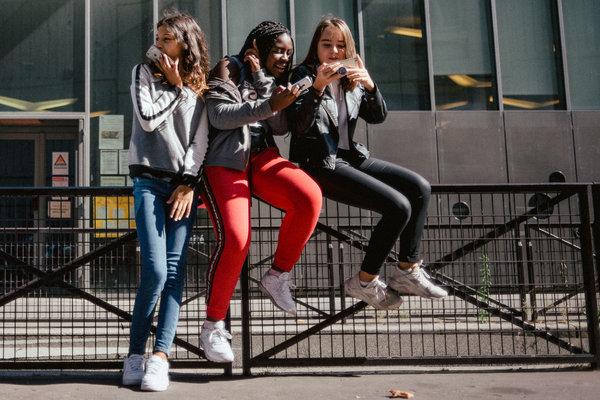 Read More
Written by Alissa J. Rubin & Elian Peltier,
Source link: https://www.nytimes.com/2018/09/20/world/europe/france-smartphones-schools.html?rref=collection%2Ftimestopic%2FInternational%20Education&action=click&contentCollection=timestopics&region=stream&module=stream_unit&version=latest&contentPlacement=3&pgtype=c
Previous Next
Upnext in
Disclaimer UniAgents does not author any news or content in this section. We aggregate News Headlines, Summary, and Content from over 700 sources, explicitly listed in every article/page. Users can visit the sources for full articles and more local news. The sole aim is to aggregate education news from around the world so they can be categorised and the user can have a personalised experience. In some cases, the original article has news in native language but listing on UniAgents for each article is done in English. There are no copyright infringements, as we do not claim to produce any content mentioned on this page, all relevant sources are mentioned. For any clarifications, do not hesitate to contact us.